Making war was the theme that Roca Umbert Fàbrica de les Arts proposed to all the participants of the exhibition, for the commemoration of the 80th anniversary of the bombings that during the Spanish Civil War suffered several cities, including Granollers.

With this premise, we designed and produced a sonorous journey of four moments prior to the outbreak of a war. The intervention was specially designed for this festival and specifically for La Tèrmica; an old building that houses the electric and steam generator that the Roca Umbert textile factory had when it was in operation between the 50s and 90s.

Sound and visual effects and 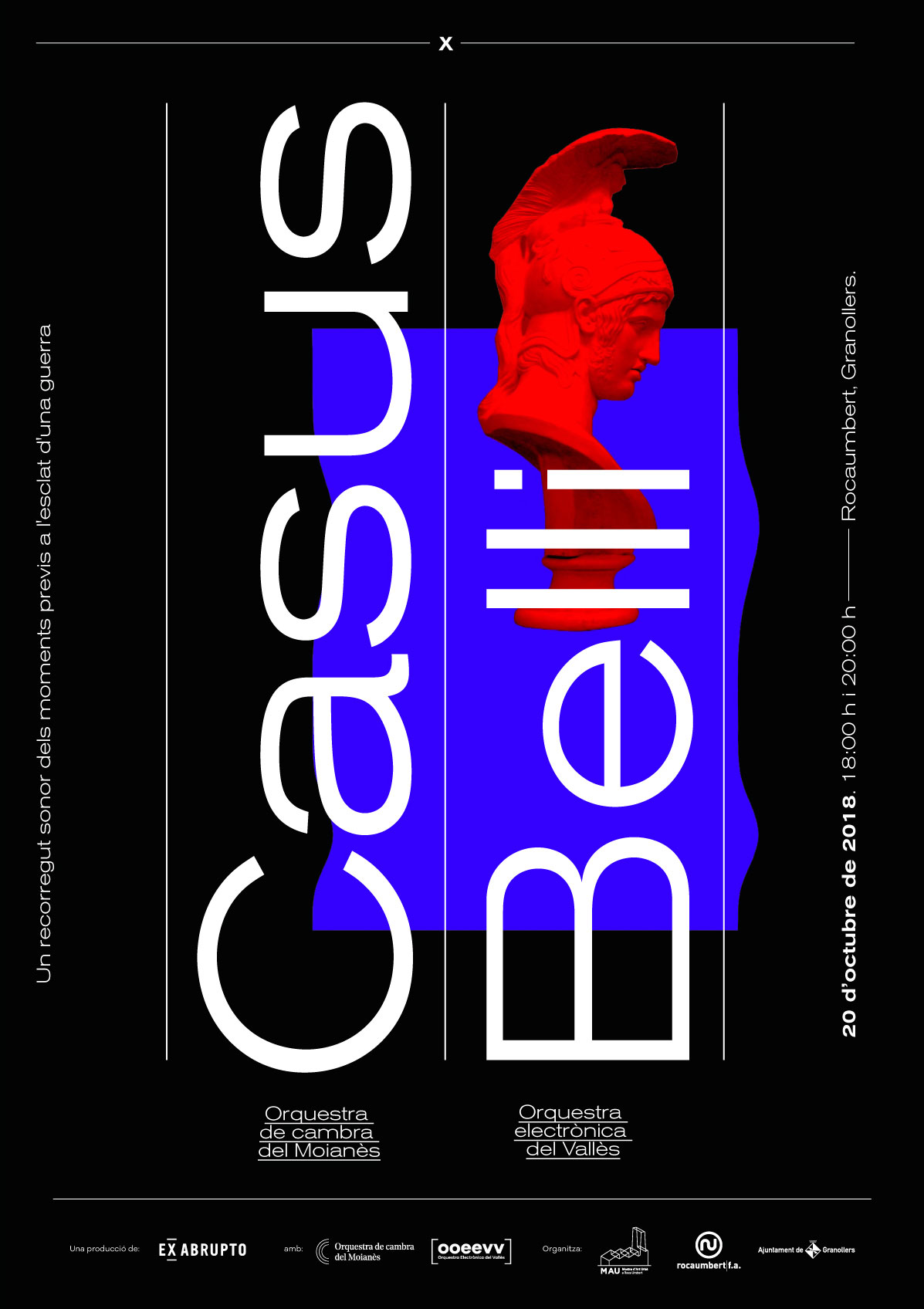 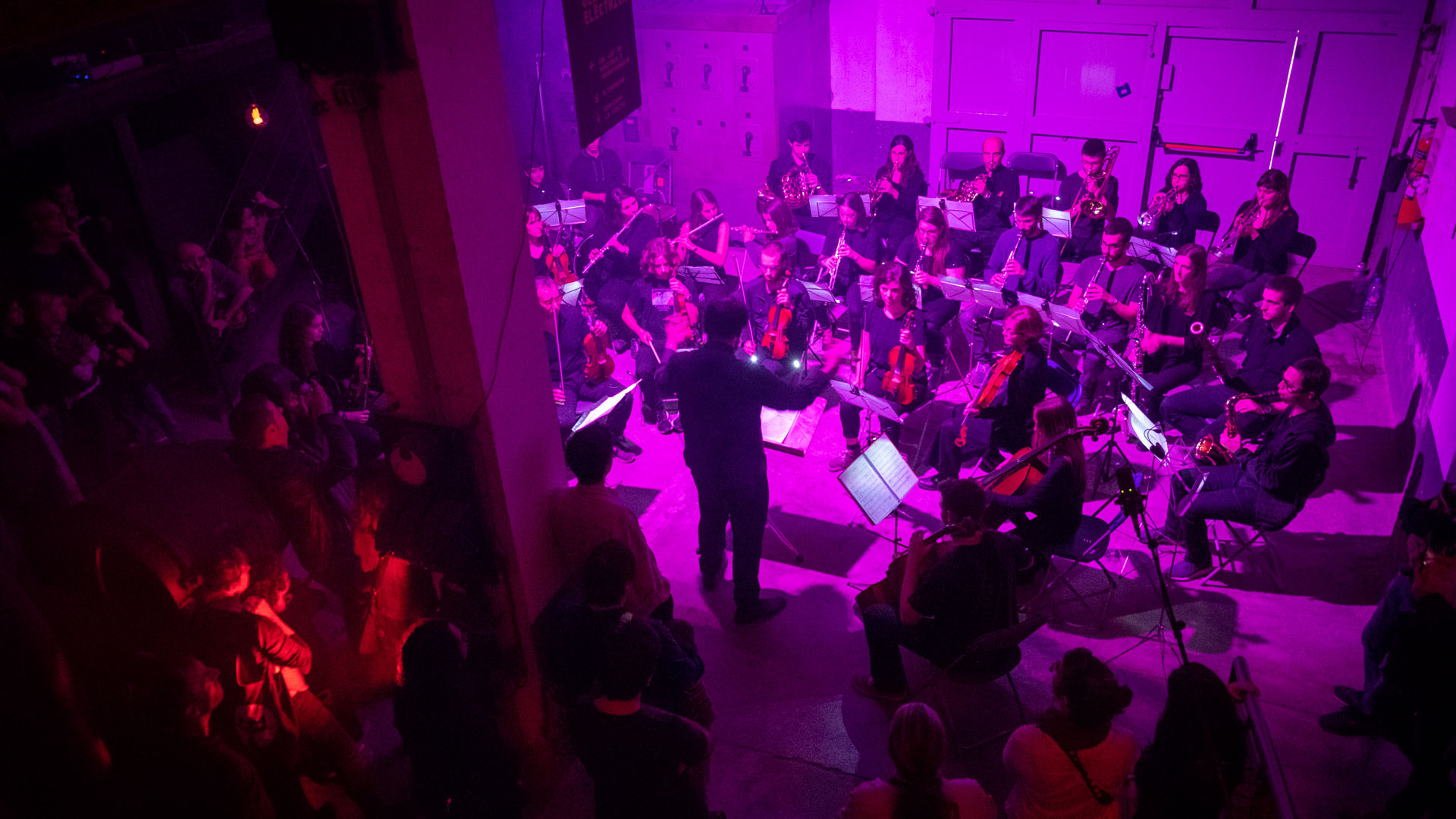 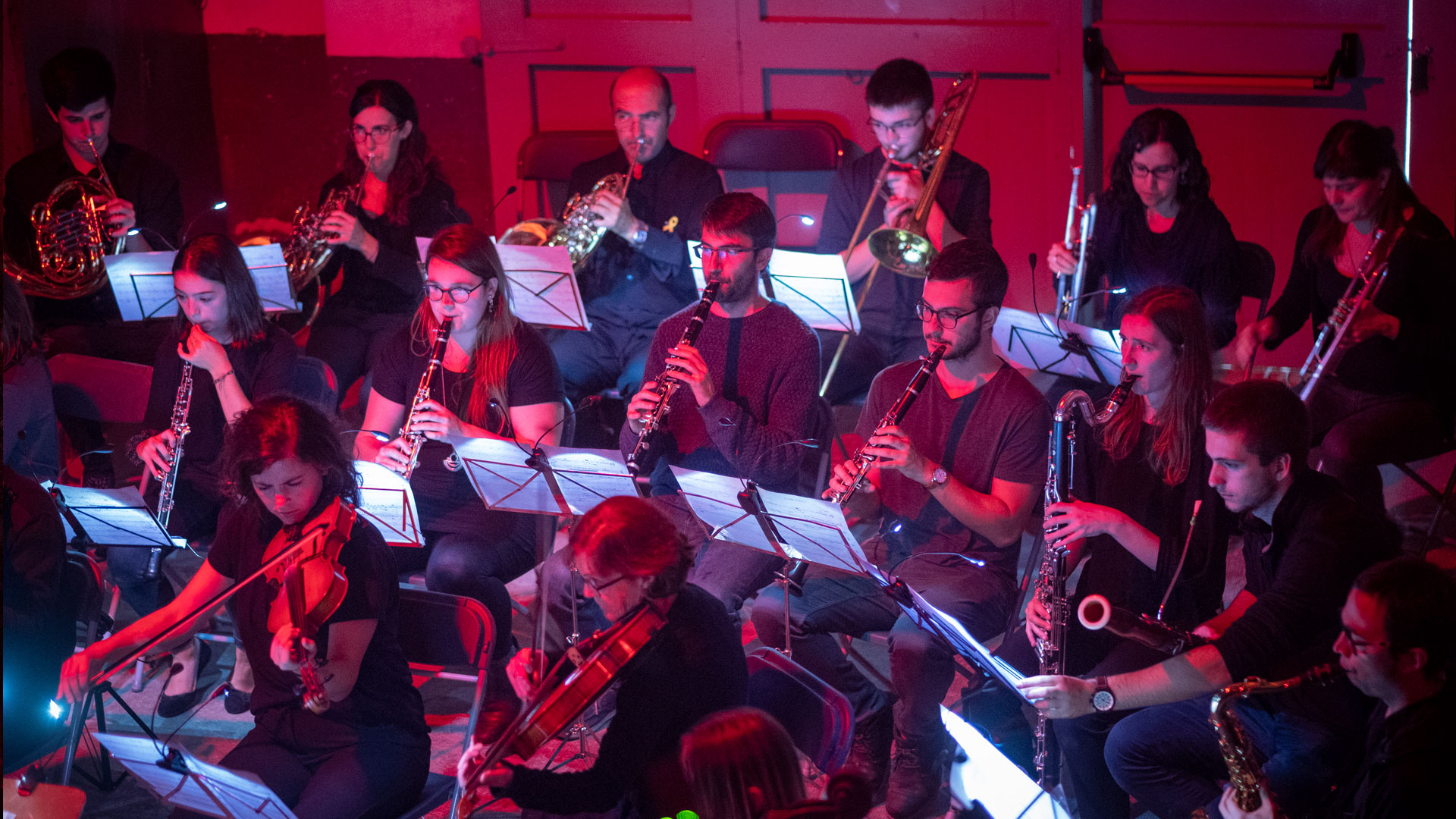 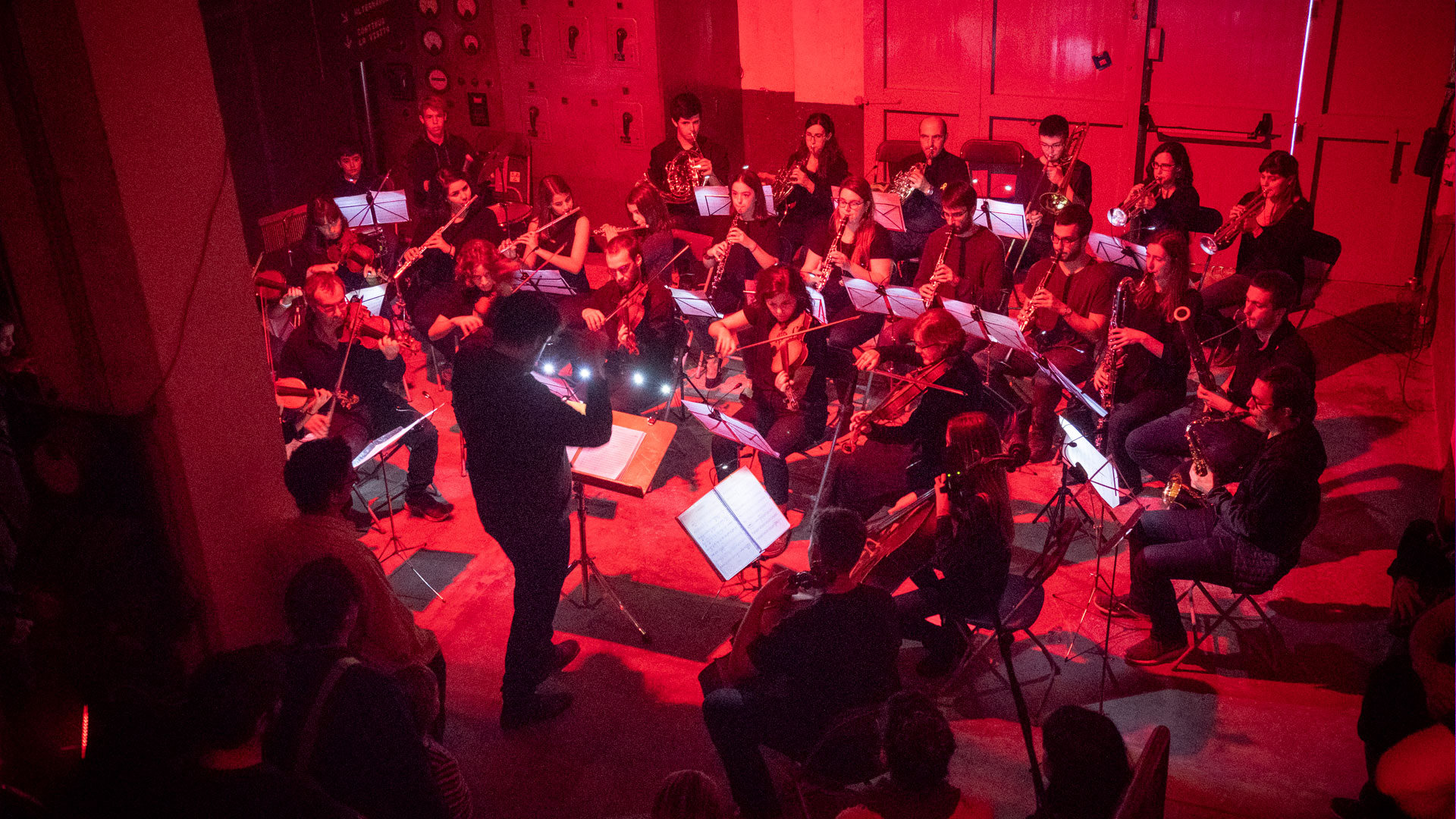 The piece was permormed by the Chambra Orchestra of Moianès created from Espai Musical de Moià andOrquestra Electrònica del Vallès. The first one, conducted by Daniel Vallejo, is a recently created ensemble with musicians coming from other chamber orchestras and they made a debut in public for the first time with CASUS BELLI.

The multi-disciplinary musicians Dènys Sanz and Marco Domenichetti form the Electronic Orchestra of Vallès, with a recognized musical and experimental background, put the electronic accent of the composition. 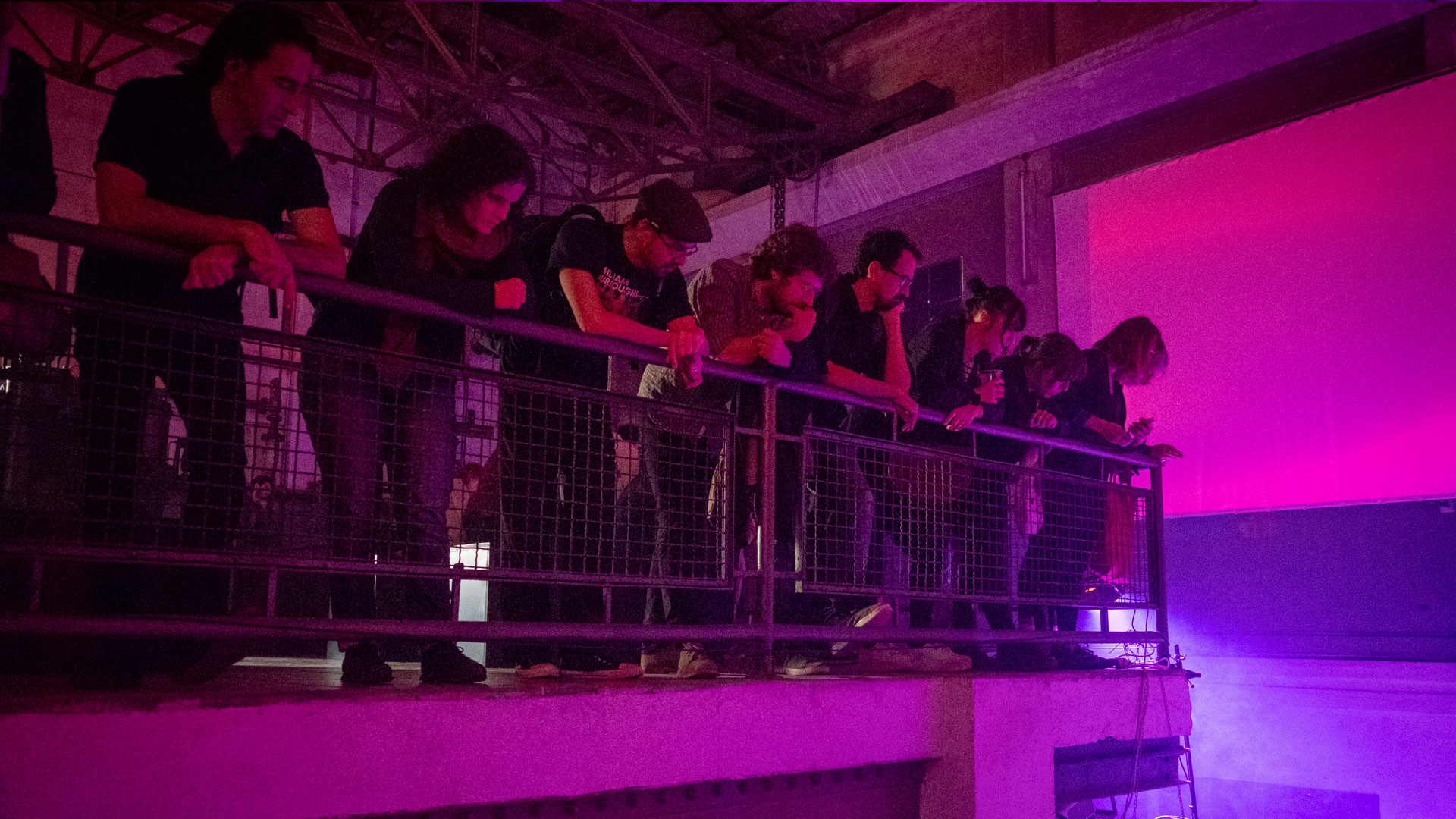 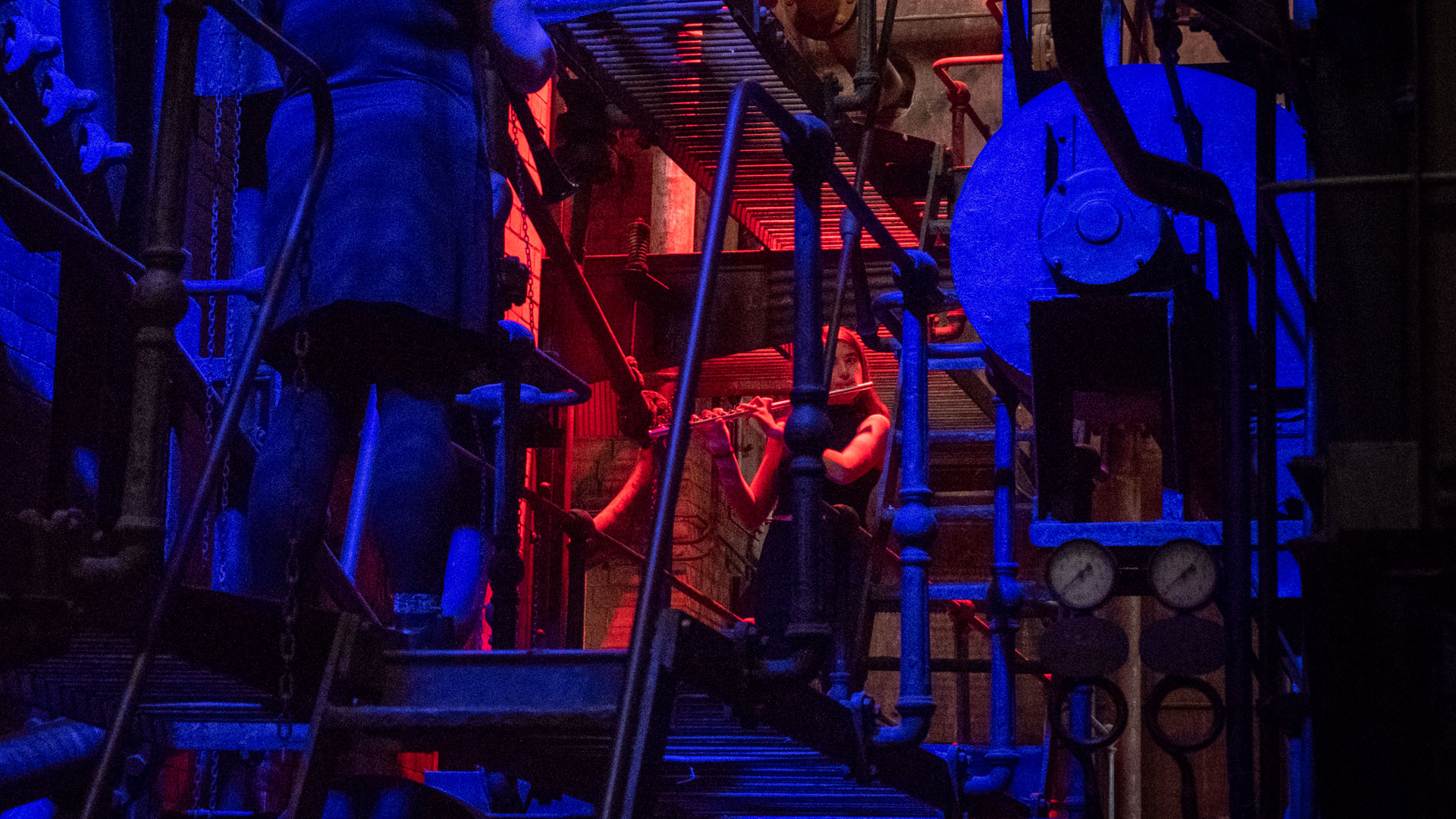 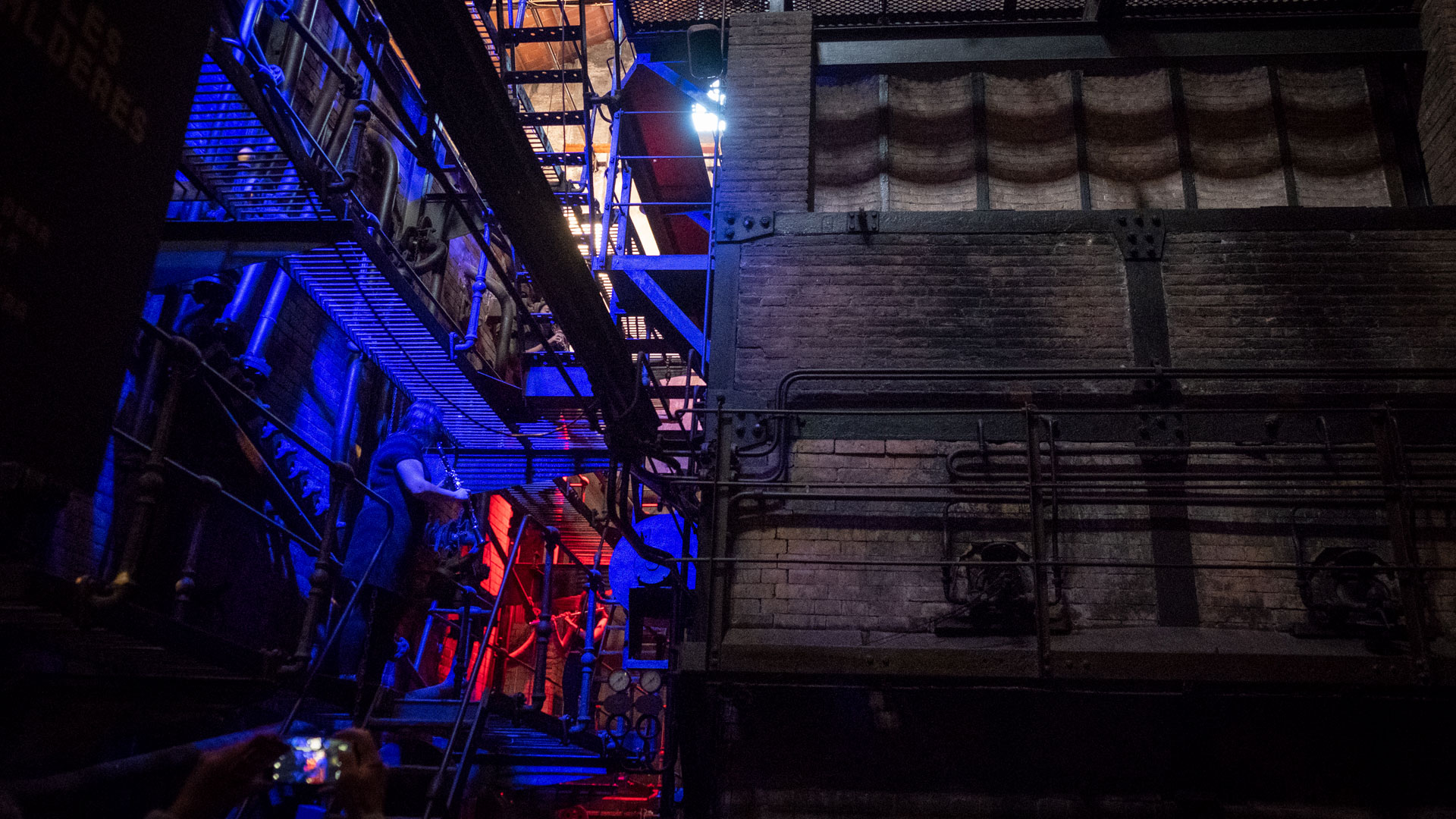 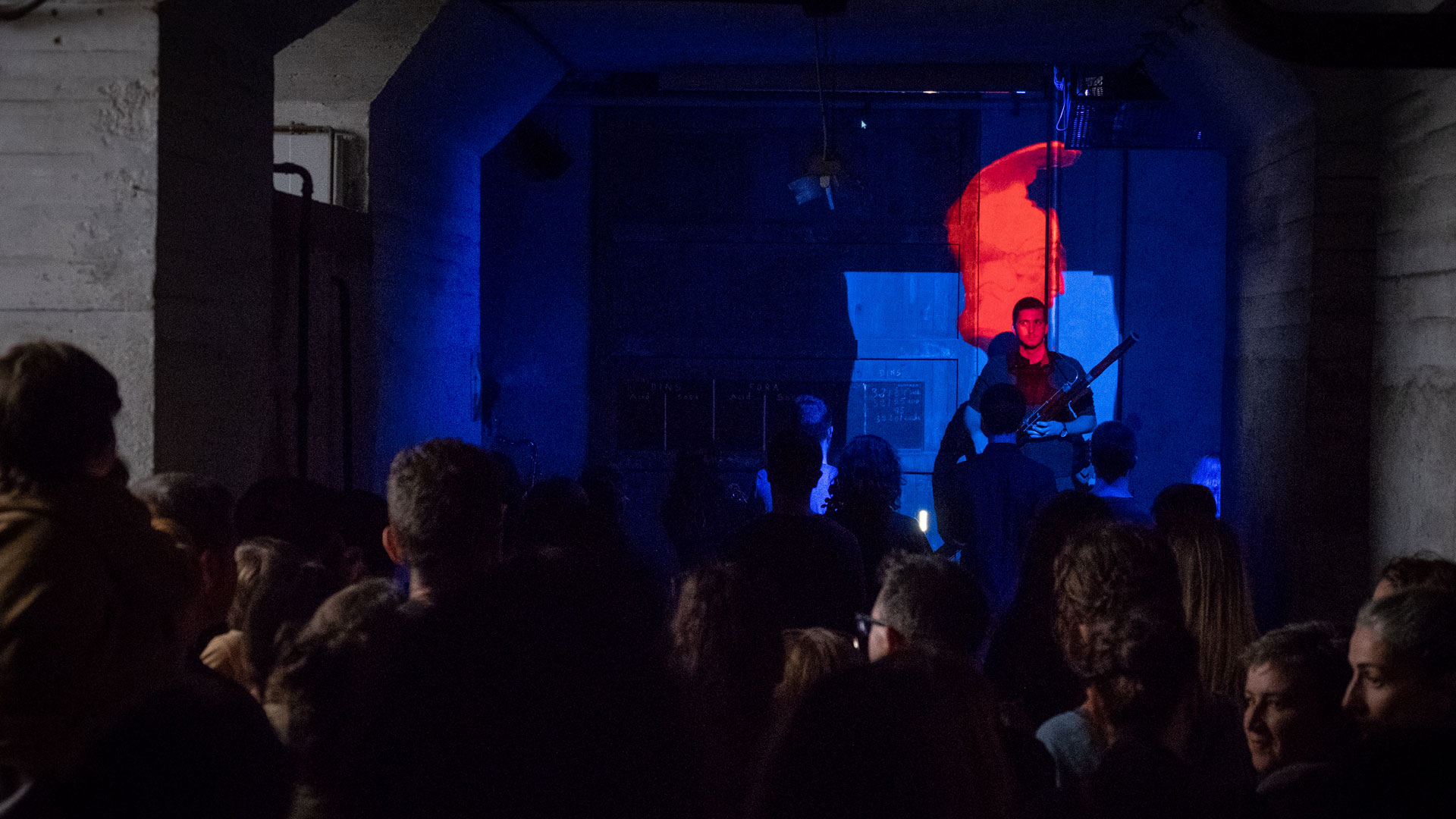 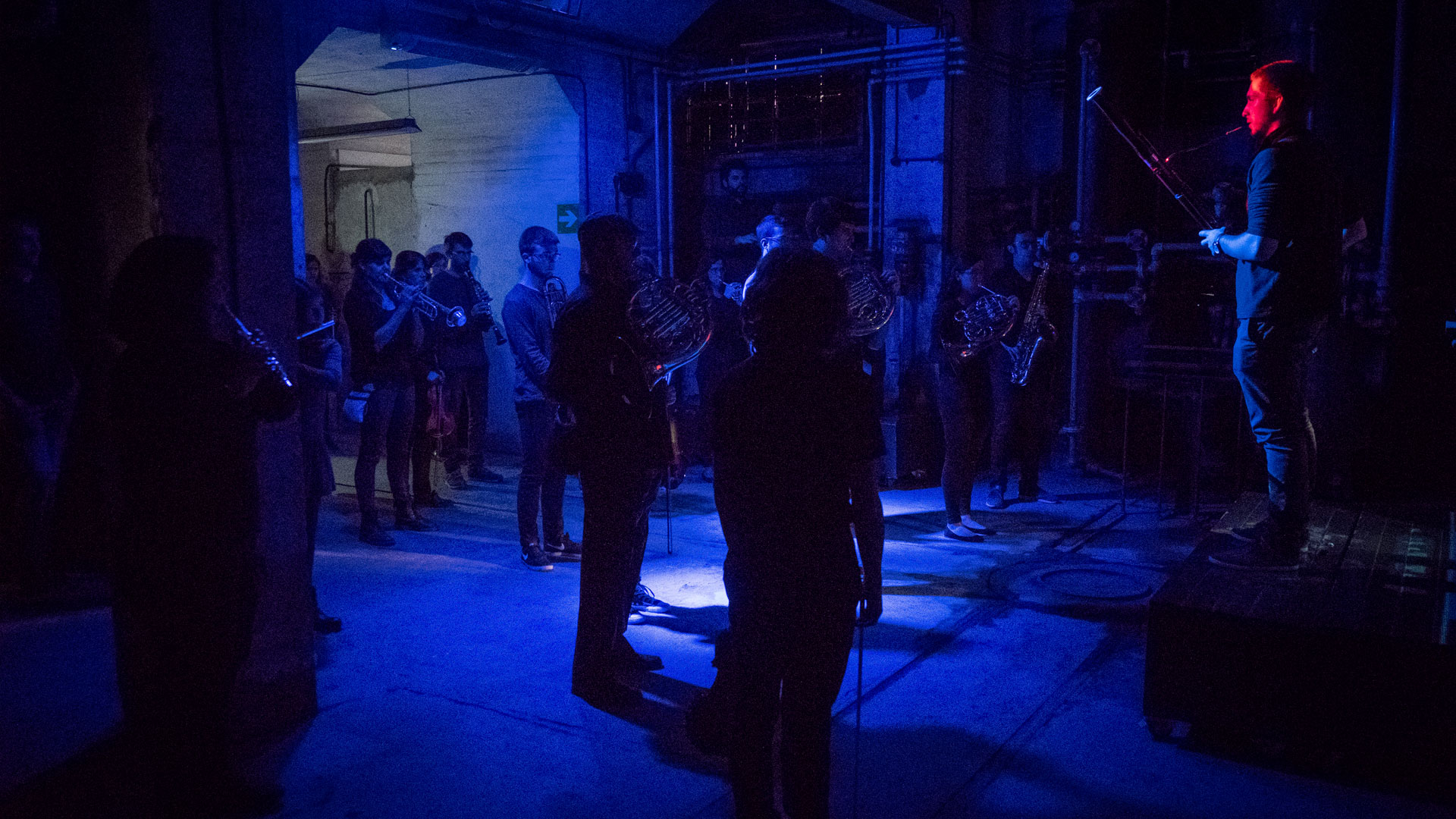 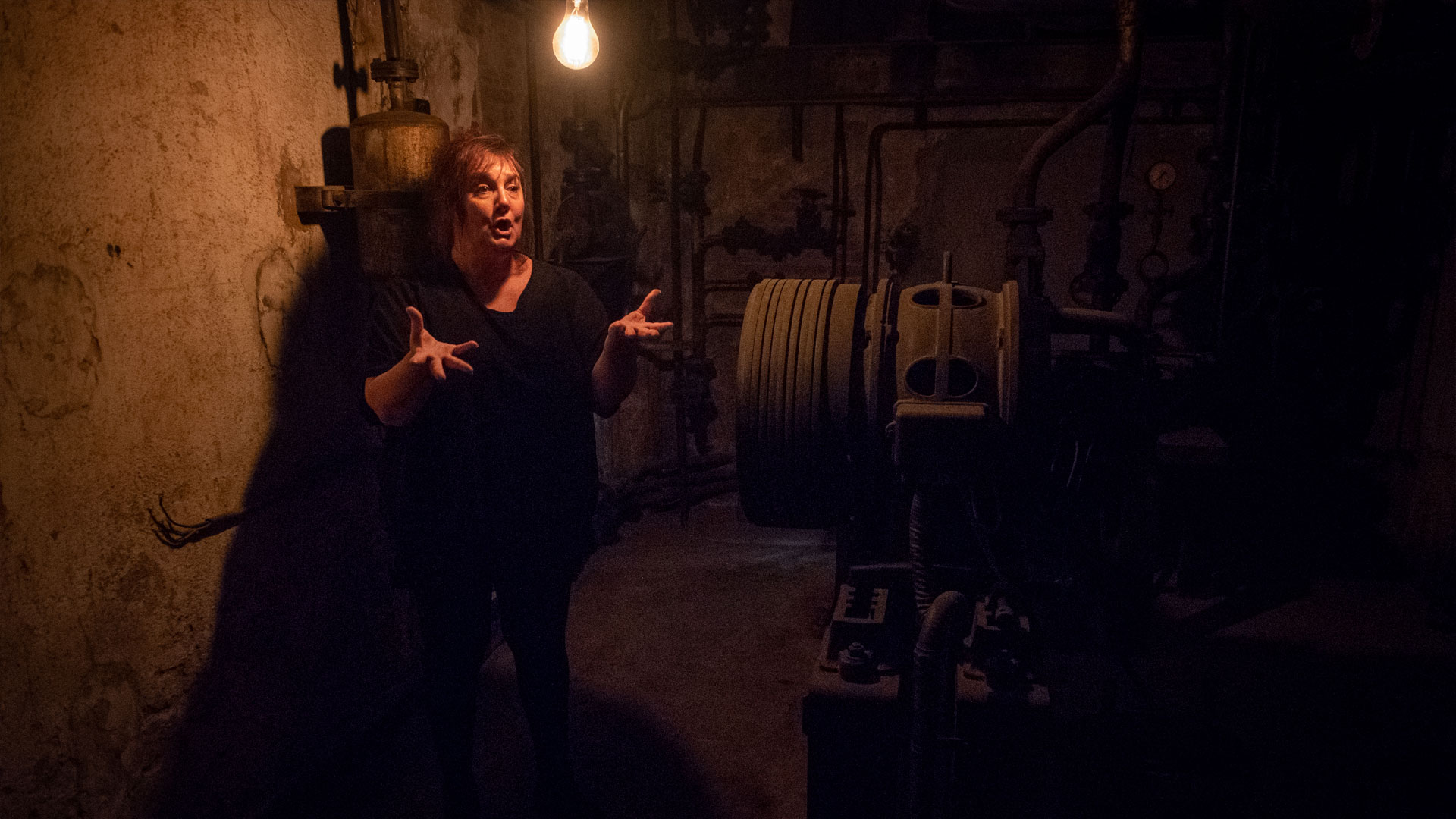 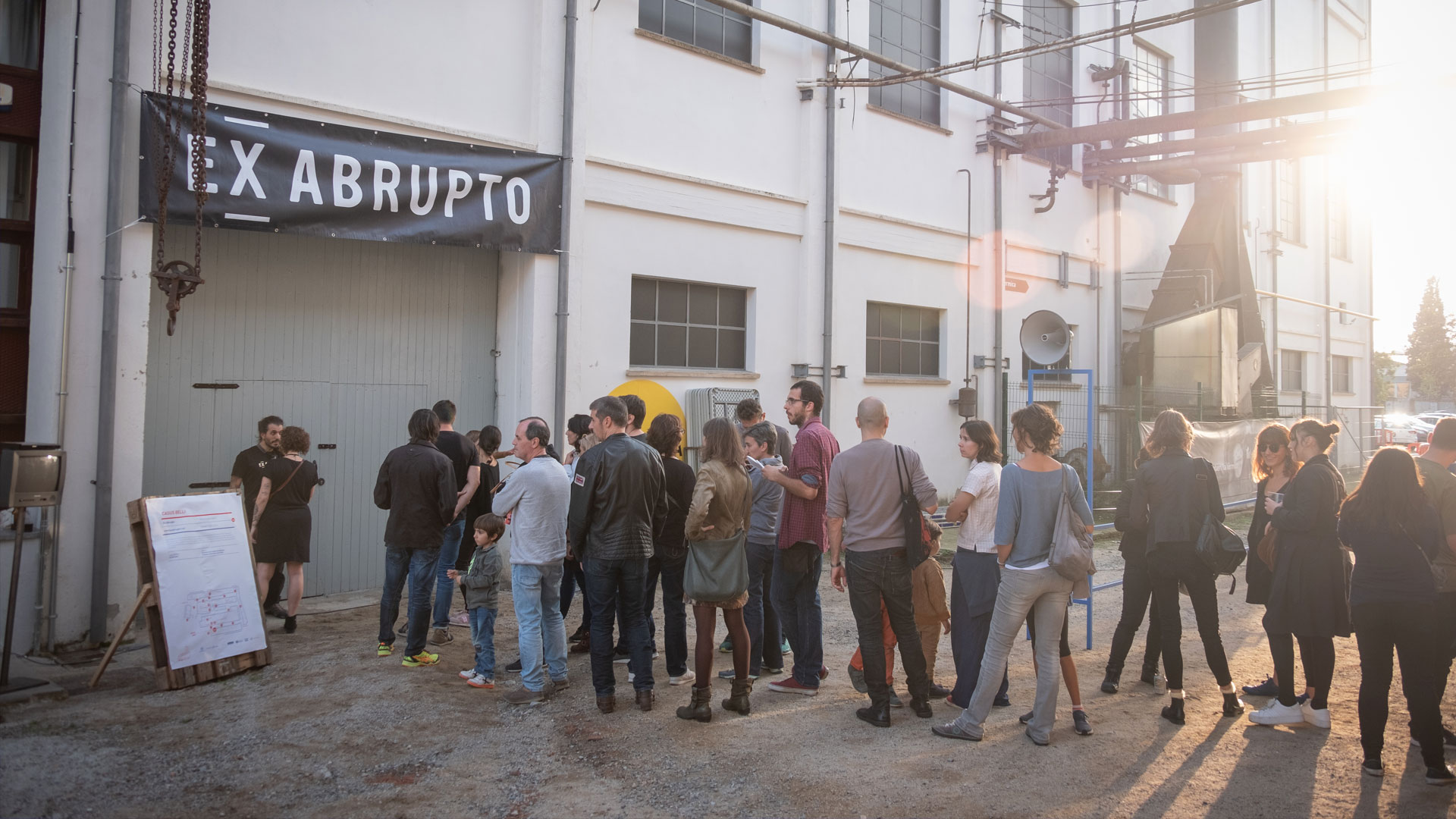